This is Winston, my first horse.   He’s a 2001, 16-hand Appendix Quarter Horse.  I began leasing him in 2007 when I rekindled my equine interest.  Upon my first ride on him, I knew that my life was going to change.   He’s taught me everything I know about horses, horsemanship, riding, and patience.  I’ve been on a quest to discover his “inner-Quarter Horse” ever since.  He has plenty of Thoroughbred in him.  I now understand why so many clinicians choose the Quarter Horse in lieu of a Thoroughbred to demonstrate horsemanship.  The Quarter Horse is not as hot-blooded as the Thoroughbred. 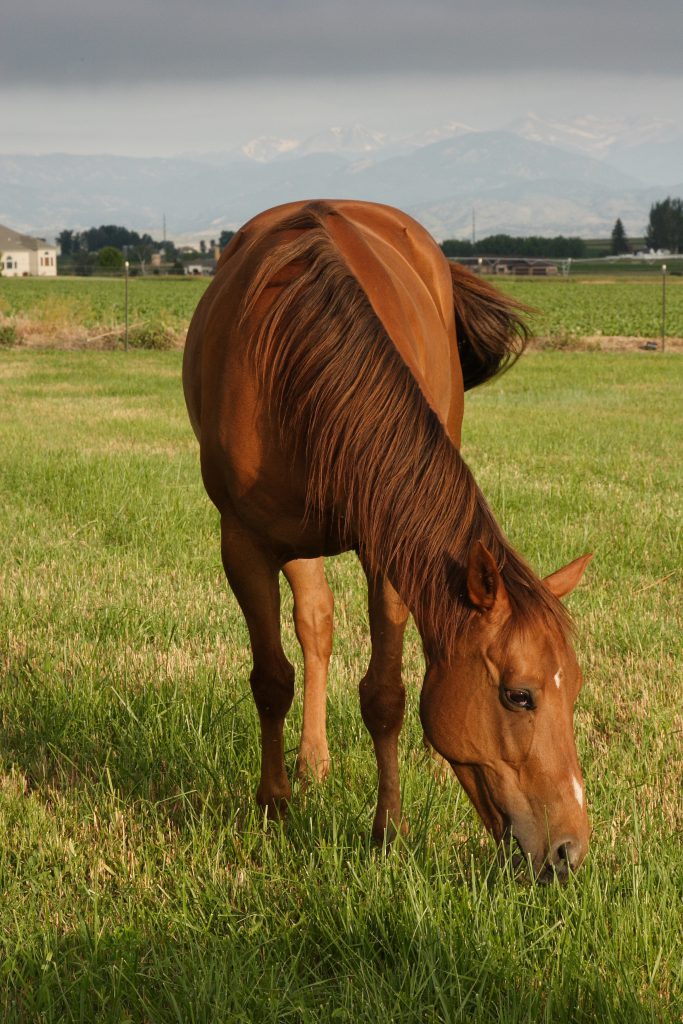 When I first started riding/leasing Winston, he was being used as a lesson horse by a trainer that the previous owner was using.   His trainer stated that he was “being finished.”  I’ve since learned is that he was “green-broke” at best.  He also had issues with tripping, stumbling, forging, and I was told by another boarder at the barn that he flipped over while the trainer was working him over a jump.  The trainer mentioned to me that he is clumsy.  Unfortunately for Winston, no amount of training is going to solve his clumsiness.  All these characteristics are indicators of hoof instability (out-of-balance) and unbalanced riding.

Shortly after I purchased him and started my journey towards understanding and practicing horsemanship, I had a Natural Balance Barefoot Trimmer remove his shoes and trim his hooves to the balanced position for his hoof confirmation.  The change in his movement was noticeable even to someone like me with limited riding experience and knowledge.  His “clumsiness” was his way of telling us that he’s having issues with his hooves.  Tripping, forging, and being clumsy are indicators that the horse’s hooves may be “out-of-balance”.  These are signs that your horse is having issues and they need to be addressed.  Ten years later, he’s being shod with shoes and pads with no “clumsiness”.   The shoes with a two-degree wedge pad are required to promote a heal-first landing, ensuring that with each hoof placement the digital cushion is being fully engaged to support the bone structure above.

My horsemanship journey started when I received the greatest Christmas gift (2007) ever from a girlfriend.  She gave me Clinton Anderson’s book “Downunder Horsemanship Establishing Respect and Control for English and Western Riders” (I ride both styles but spend more time with English tack).  What made it great is the knowledge it gave me.

A few months later, I observed Clinton Anderson in person at one of his Downunder Horsemanship demonstrations in Fort Collins.  I was impressed by what I saw and experienced.  I made a promise to myself and Winston that I was going to learn horsemanship similar to Clinton’s method.  Starting with his book, then videos, clinics, and a lot of practice and frustration, I taught myself horsemanship and riding.  I learned how to work a horse on the ground and to ride with a “balanced independent seat,” gaining control of the head, neck, shoulders, ribcage, and hip.  Ultimately, I learned how to respect my horse and in return, he respects me.  The information that Clinton gave me was the missing link to that my riding instructor was unable to provide in 2007.  Since 2008, I’m self-taught and I recommend this book and subsequent videos to anyone who is looking to expand their horsemanship skills, confidence, and knowledge.

I still have a lot of work to do and every day that I ride I learn more about myself and Winston.   He’s been very patient and, I owe it to him to be the best that I can be. 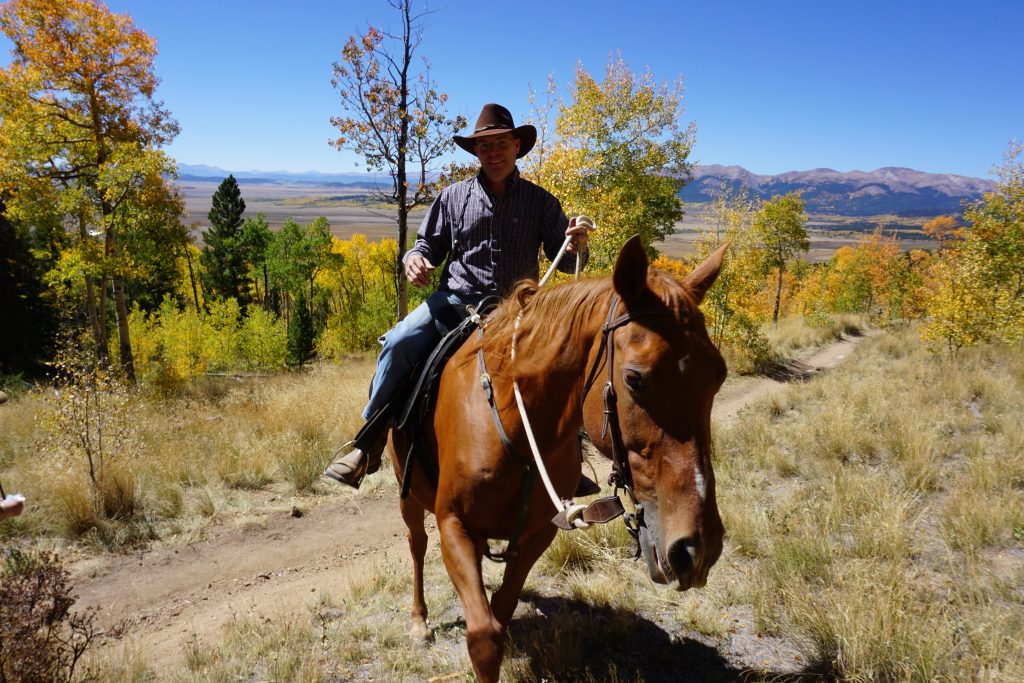 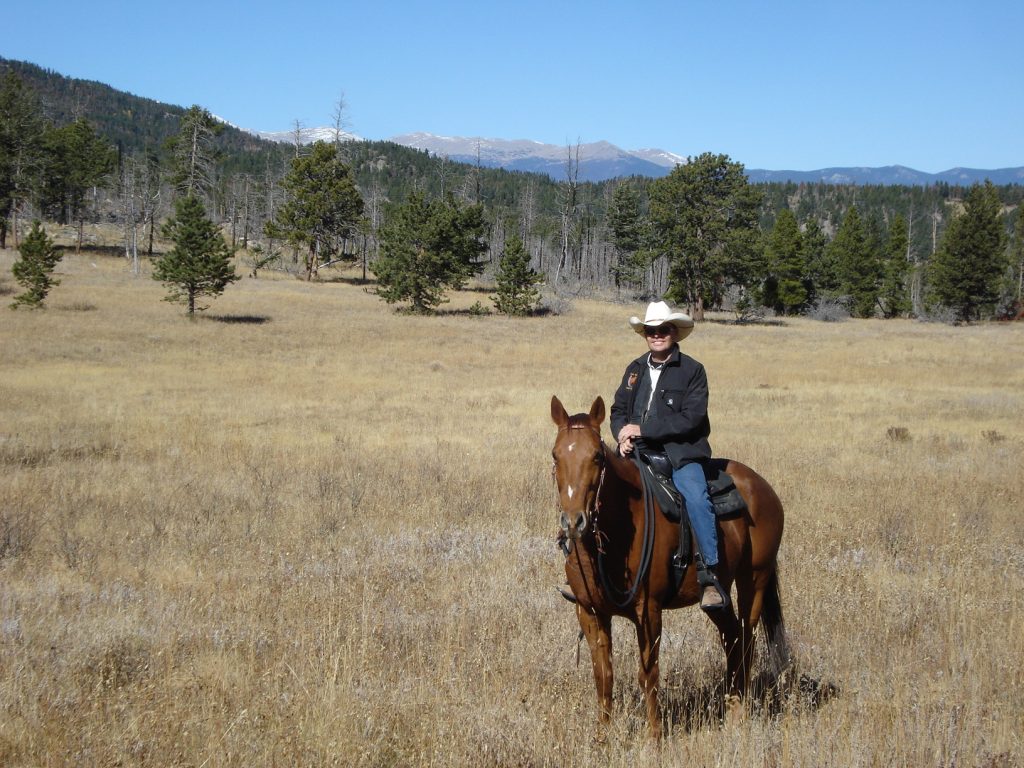