This is Vargas a 2001 warmblood cross.   He’s the lamest horse that I have worked on to date (2018).  When I first met him in May 2016, he could barely stand due to how out-of-balance his front hooves were.  He lives in Anchorage, Alaska.   His job is as a trail and hunting horse.

During the winter of 2016 I was contacted by his owner to provide my opinion regarding whether or not he could be saved.  She stated that he has been off-and-on lame since he was 3-years old and he has not been ridable for the past 3 to 5-years.  She had been working with numerous farriers and veterinarians in the Anchorage area for years.  One veterinarian recommended that he be euthanized and the farriers were of little to no help in solving his lameness issues.  The owner, through her own research thought that his main issues were hoof related and had removed his shoes.   She thought that being barefoot he would due better.  He did not improve.  She found my information during an Internet search for farriers who specialize with lame horses, specifically searching for Natural Balance farriers.   She was further interested in my engineering experience.  Unstable foundation systems are a classic engineering problem to solve and understand.

I reviewed 5-year old X-rays and a few photographs of his hooves.  I noticed that he was shod out of balance and has a negative palmer/plantar angle.  Nearly 100% of the lame horses I work with have this hoof confirmation.  I stated that I could restore balance and function to the hoof but, there is no guarantee that he will ever be sound due to his age, size, and unknown condition of the ligaments that hold the joint together.  I recommended that she give him a least one year of therapeutic shoeing to see if we can restore function and stability to his hooves.  After one year she would be able to reevaluate whether or not to euthanize him.

In May of 2016 I was flown out to Anchorage to work on Vargas.  Unfortunately, due to the severity of his lameness, and time constraints I was unable to document the shoeing.  The photos I have are after I completed the first shoeing.  I was in Anchorage less than 24-hours.

This first trim and shoeing I exfoliated 1-inch of retained sole material.  Primarily around the toe area.  Trimmed off about 2-inches of hoof wall forward of the tip of the coffin bone and trimmed the heals back 1-inch.  Basically, his hooves were being stretched forward of the coffin joint and creating a man-made instability in the hoof.  His foundation was unbalanced and he was suffering for it.  Foundation engineers refer to this as an eccentrically loaded footing pad.  This eccentric loading forced the soft tissue to provide support to the bone structure in lieu of the digital cushion.

After I removed most of the retained hoof material and placed his hooves on the ground there was a noticeable difference in his comfort and demeaner that I and his owner noticed.  He lowered his head and began licking and chewing.  Clear signs of relaxation and comfort.  My final shoeing, I placed him in a size-2 Avanti steel performance leverage reducing shoe (PLR) with a 2-degree wedge frog pad.  Finally, I observed him walking with a slight heel first landing.  Let the healing begin. 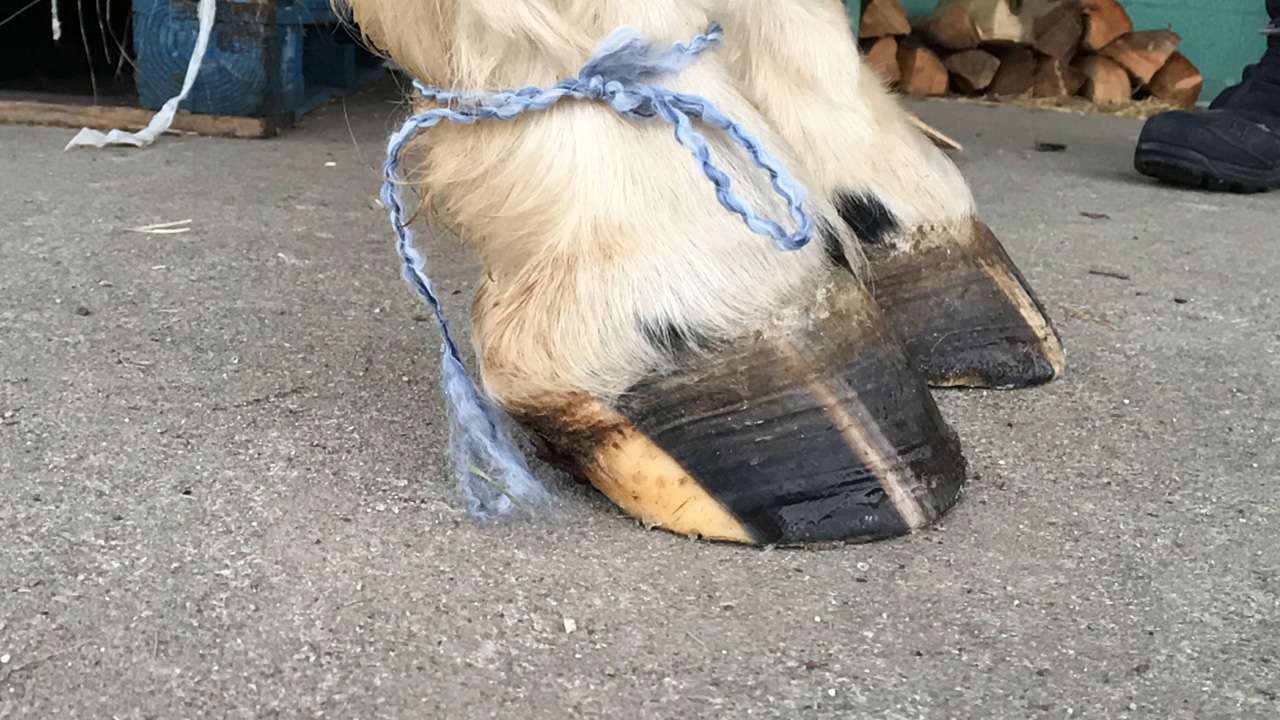 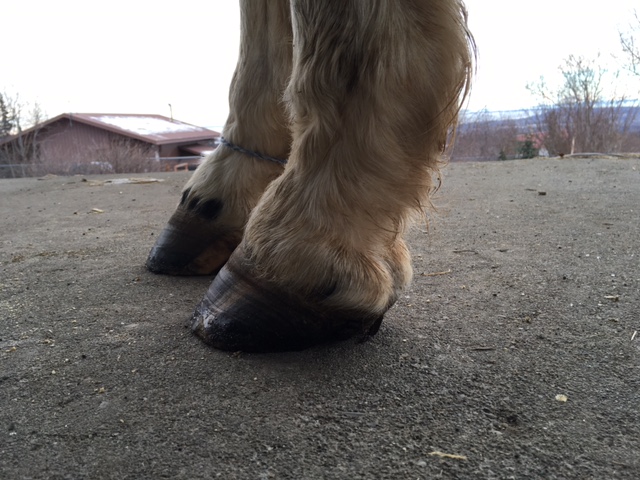 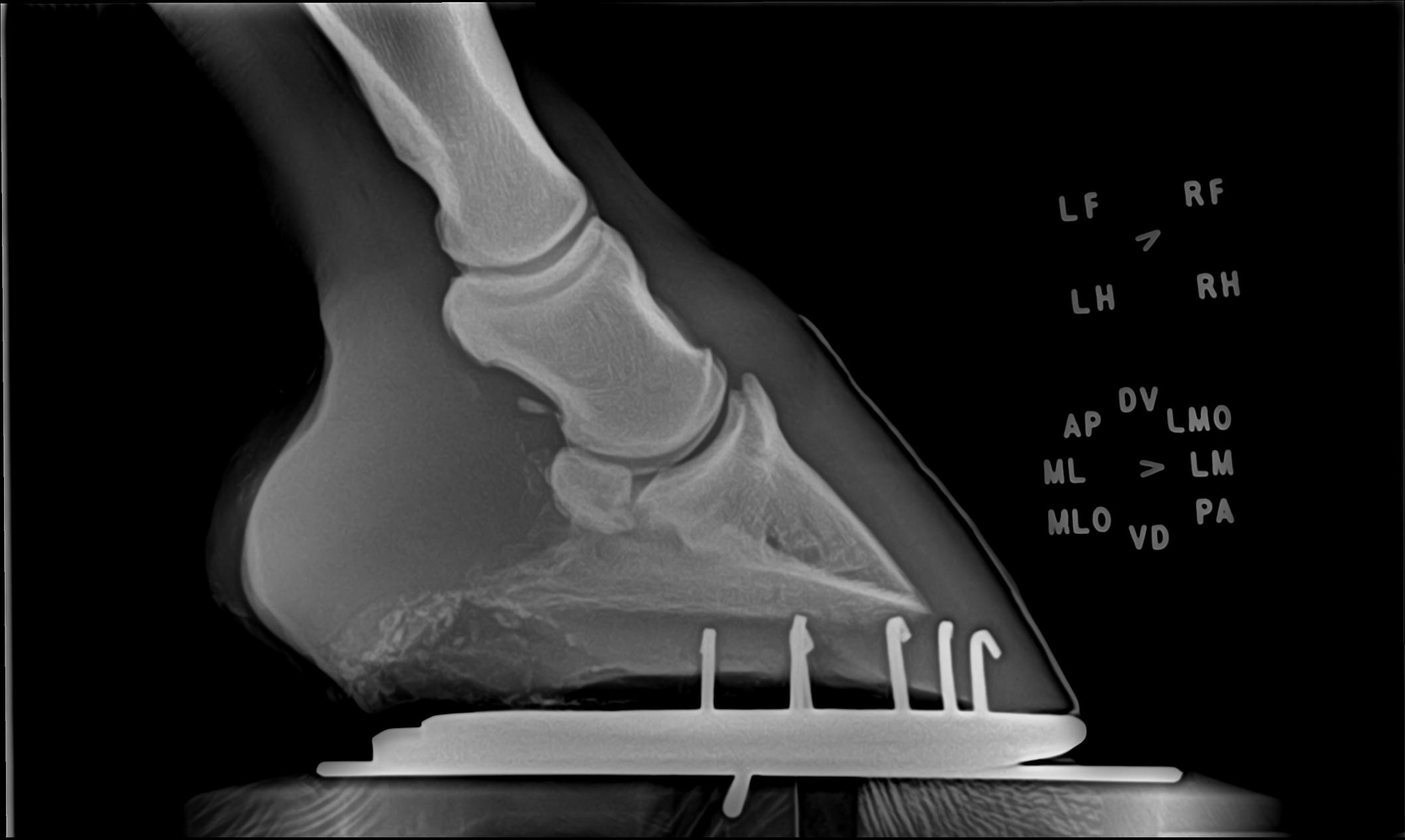 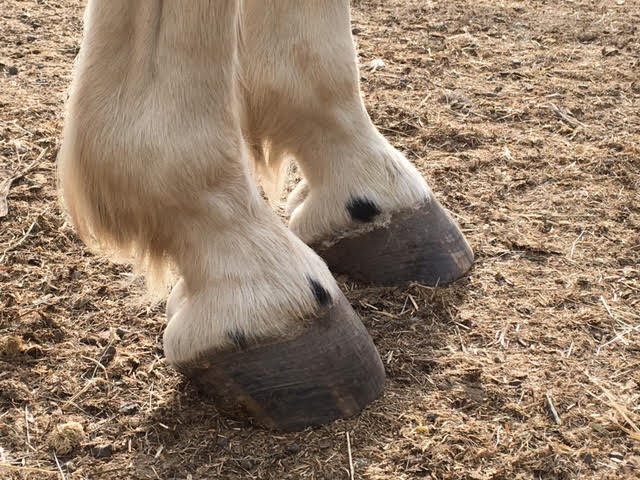 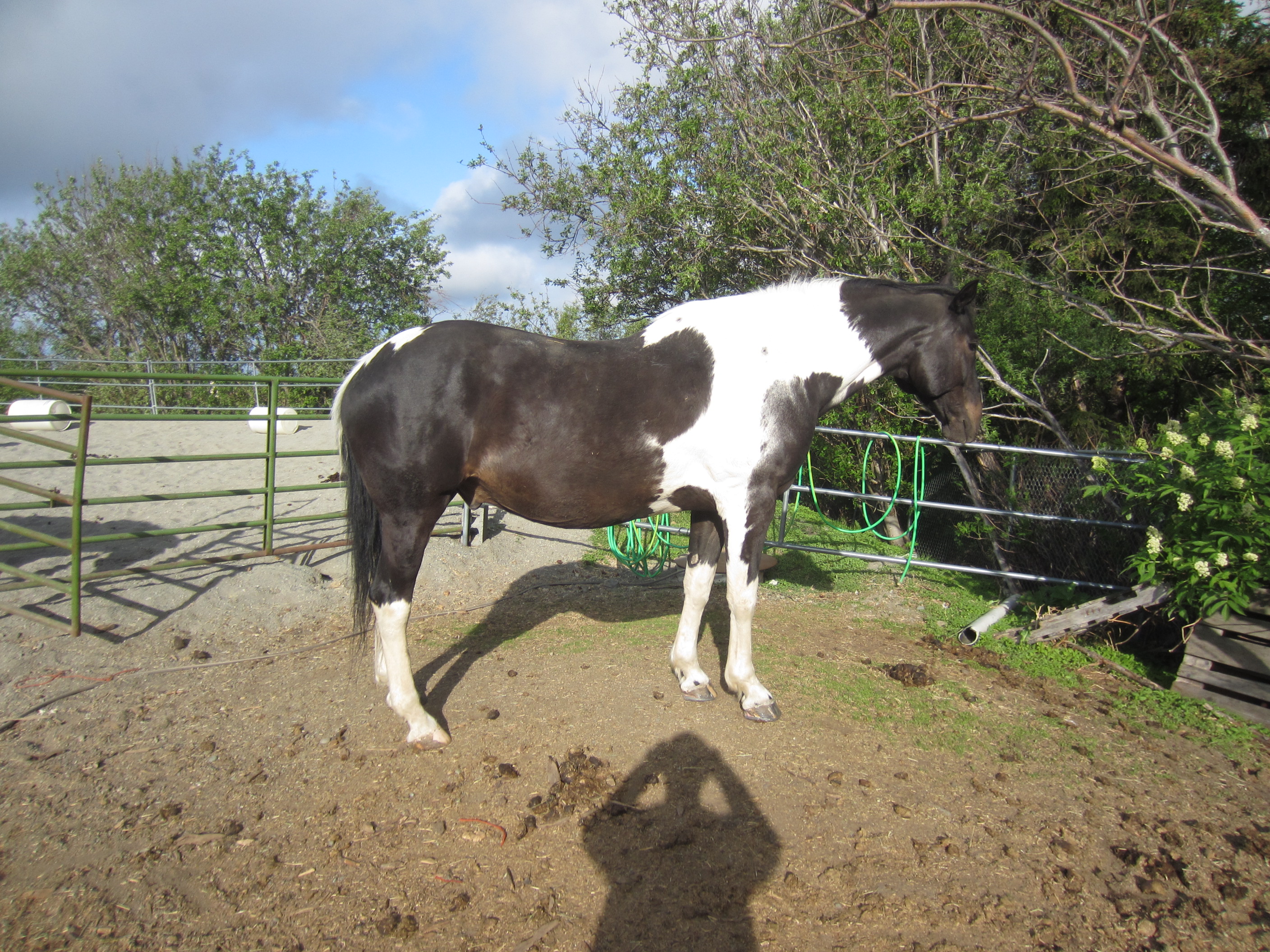 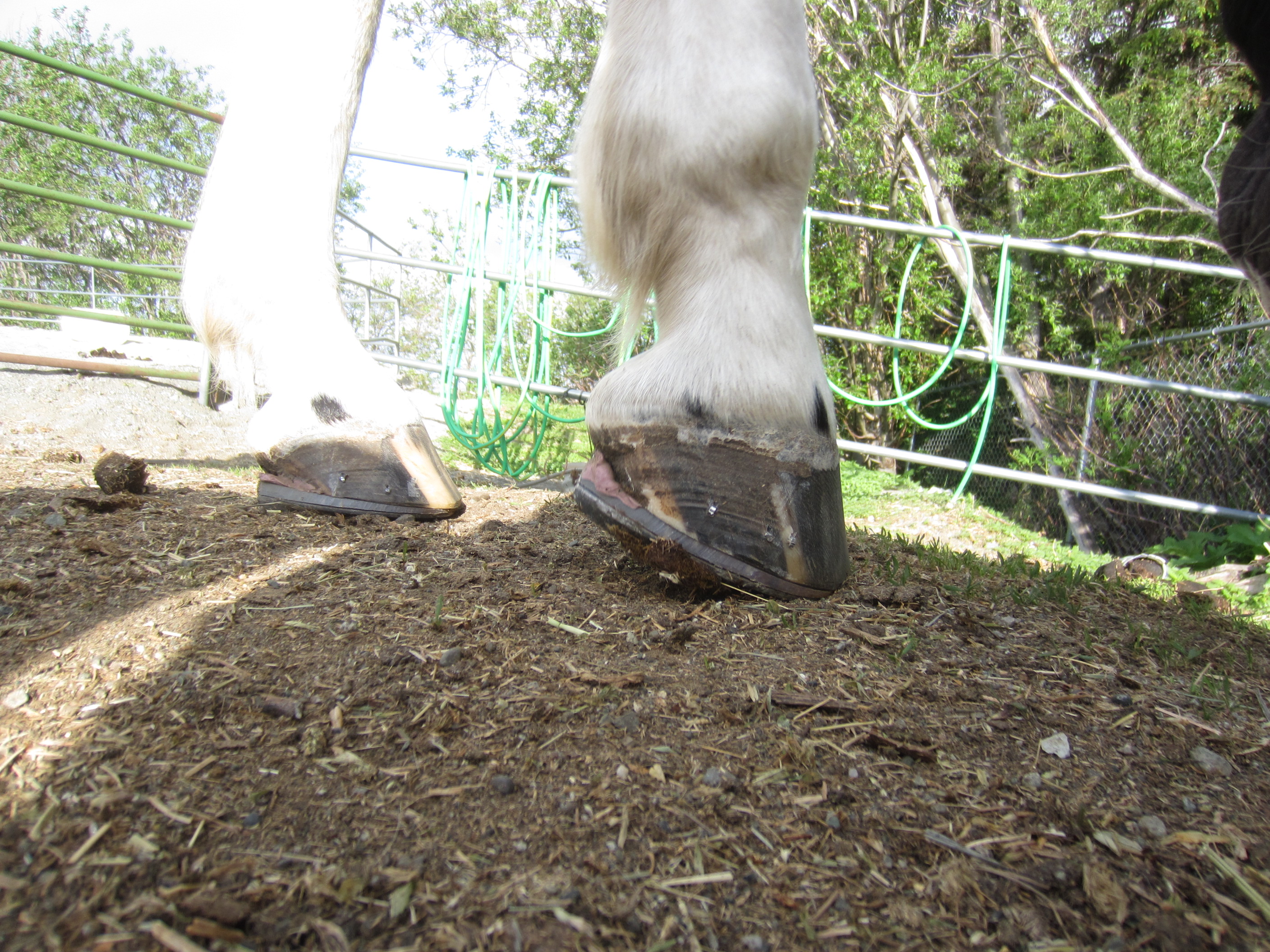 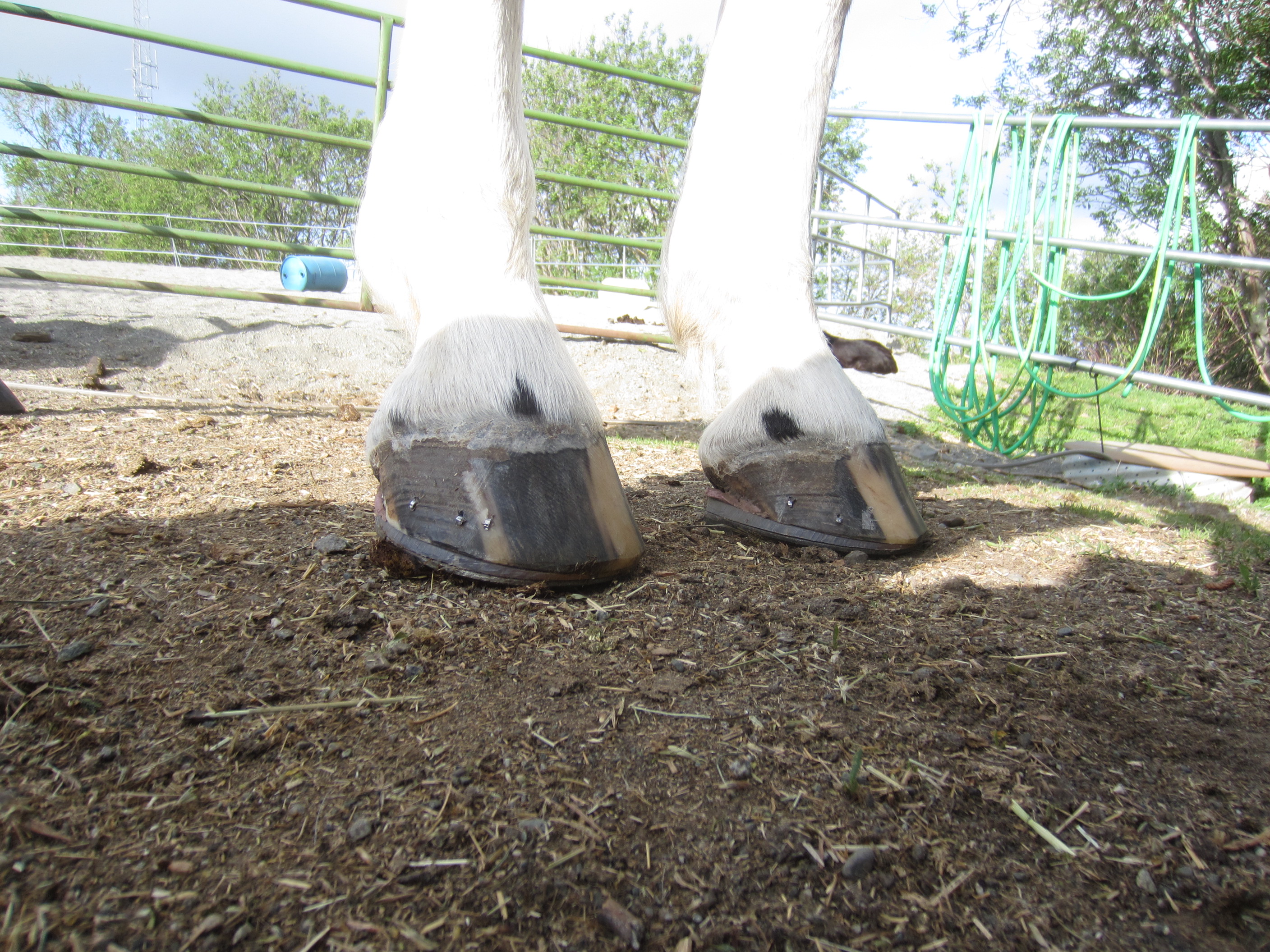 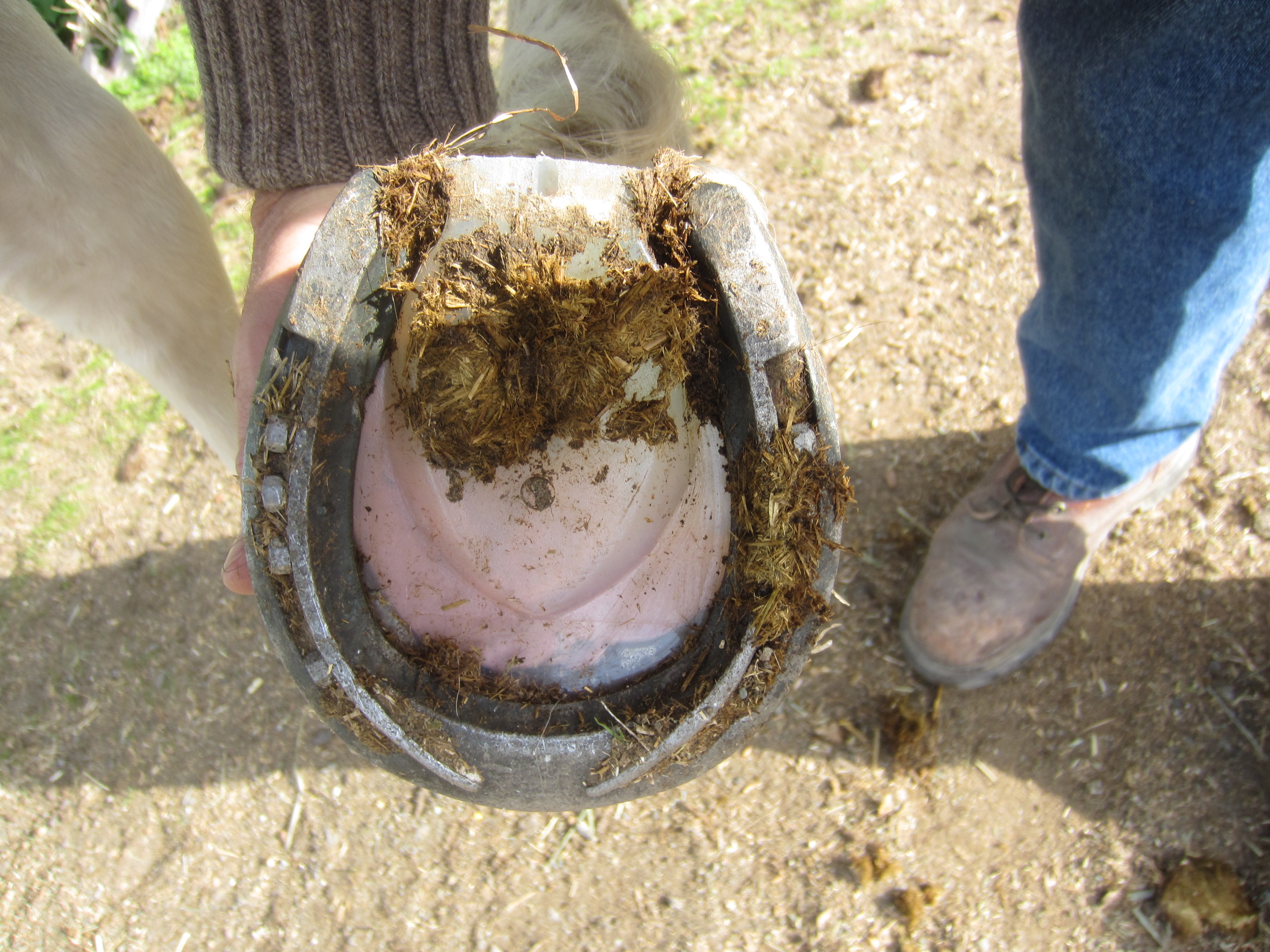 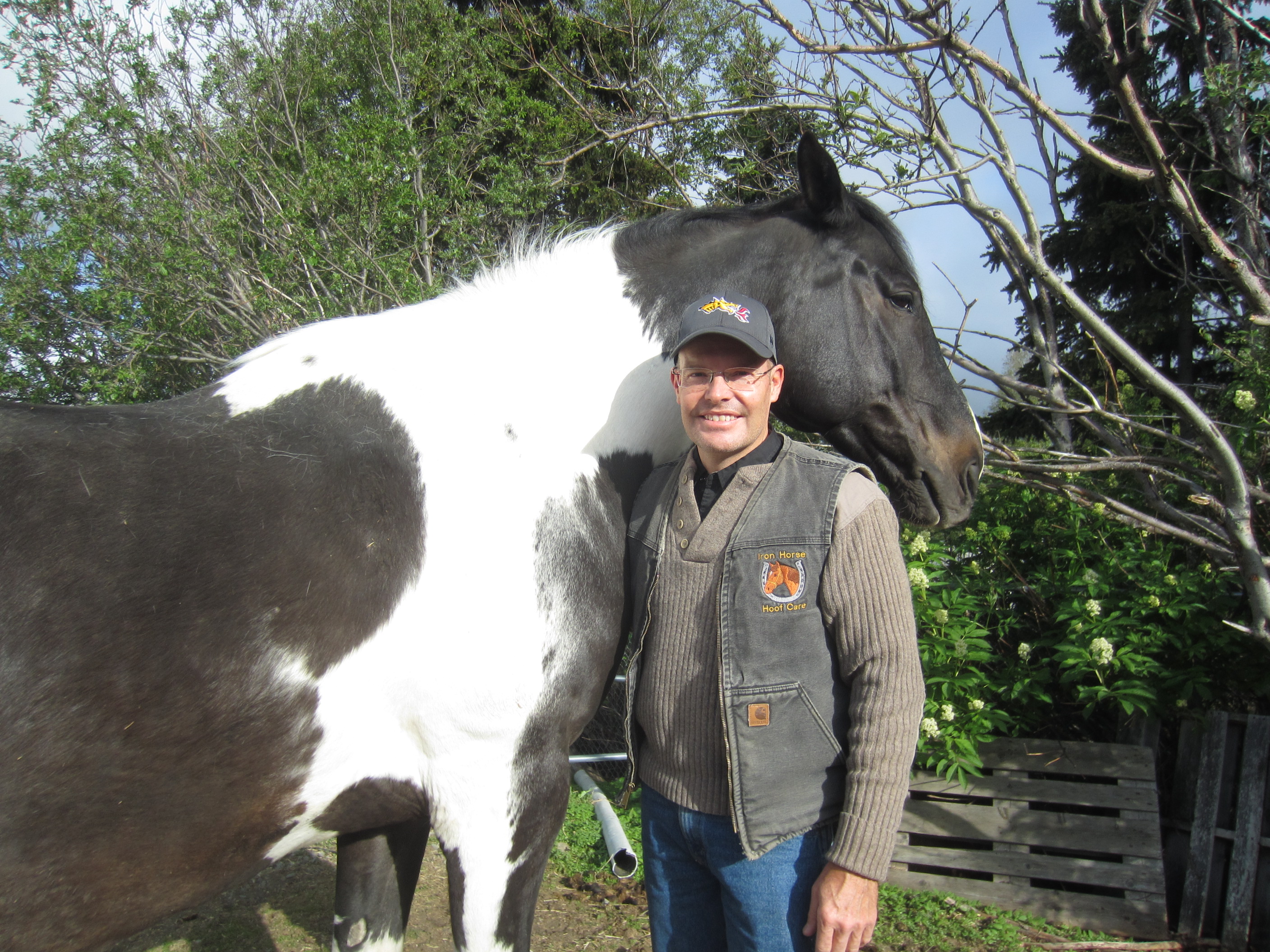 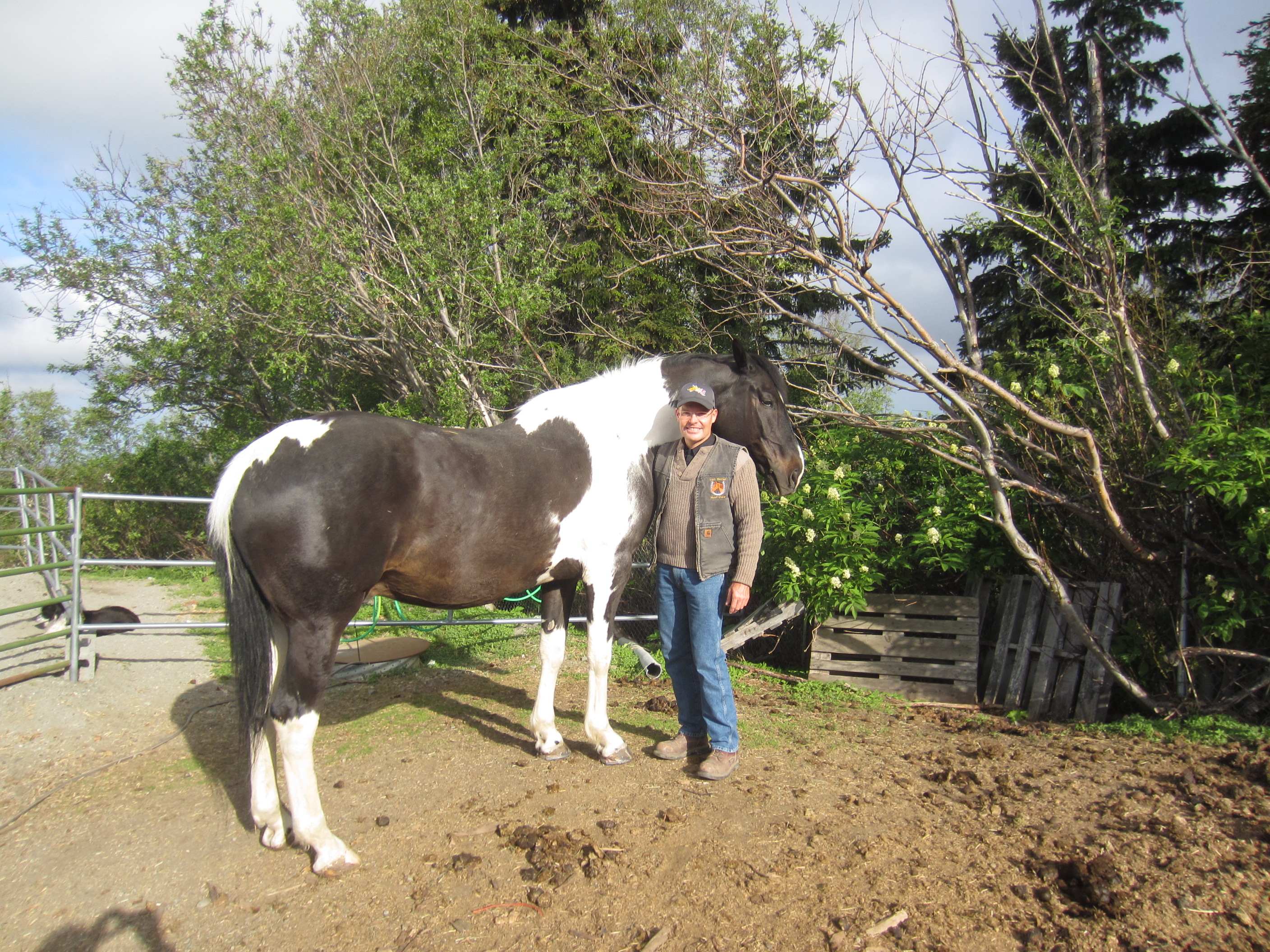 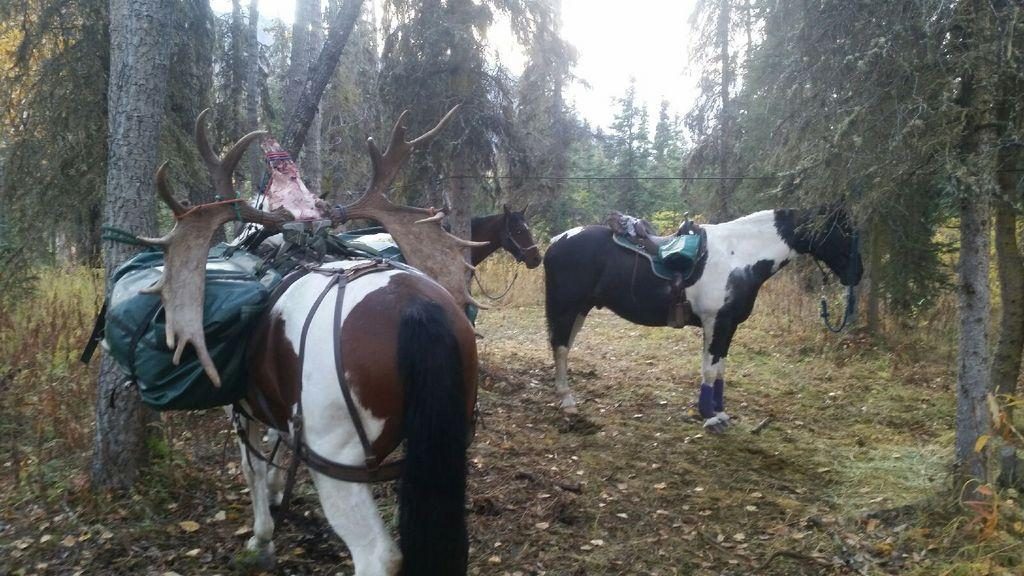 Less than a month later I received text message stating that Vargas is improving.  In September 2016 I receive an e-mail with a photograph of Vargas on a moose hunt.  She further stated that he has not needed a drug treatment plan to control pain.   Her husband is ecstatic to have his hunting partner back. 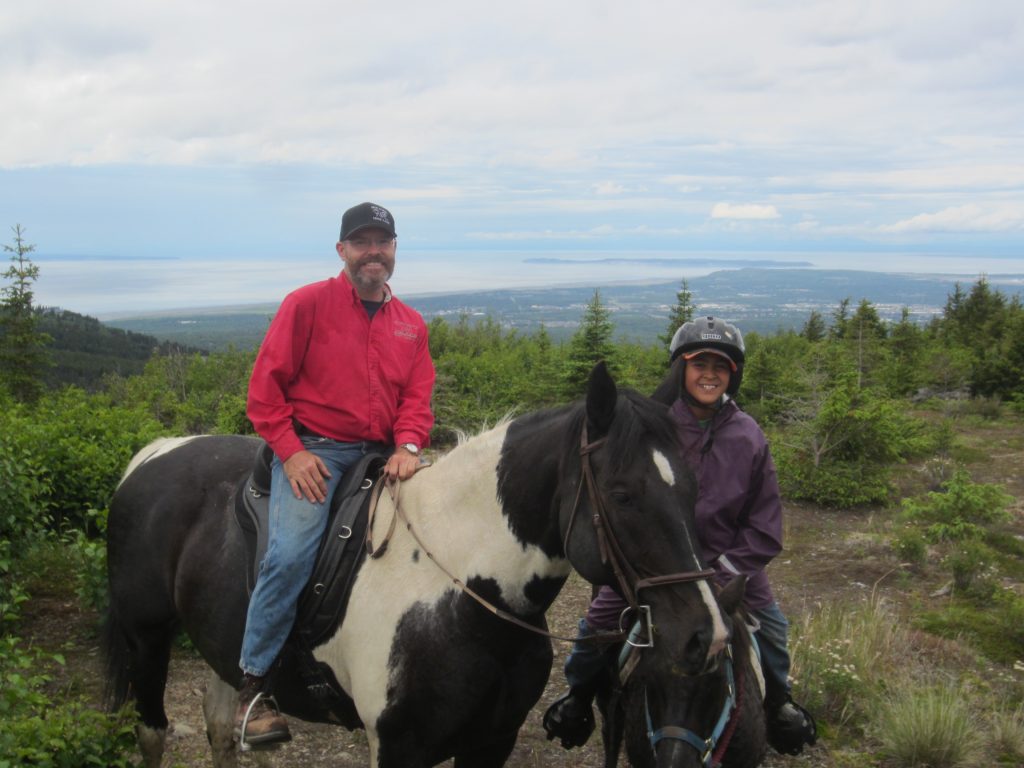 In June 2017 I rode Vargas on trail in Alaska.  He’s had an amazing recovery and a second chance at life.  Conclusion, balanced matters.  The most important decision that a horse owner makes is who they choose as a farrier.   Not all farriers are trained the same.  A farrier’s job is to recognize a healthy balanced hoof from an unhealthy, unbalanced hoof and how to correct that unhealthy hoof.  Furthermore, I’m trained to recognize gait faults such as toe-first-landing, tripping, stumbling, and forging and understand that most of those issues are due to out-of-balance shoeing/trimming or hoof confirmation issues.